Announcing the #Fest - 11th Edition Poetic Justice Contest! Are you ready to reward your literary and creative skills? This is your chance!

WHAT: A poetry contest. Submit a 4-line rhyming poem or a haiku about anything related to #Fest - 11th Edition. It can be about Kendrick Lamar, Steve Aoki and his cake, your favorite drink, ANYTHING! Get creative!

First in line for Number Fest

PRIZE: A free ticket to #Fest - 11th Edition -OR- if you already have a ticket, a free VIP upgrade. If you already have a VIP ticket, we’ll upgrade a friend to join you! There’s no limit to the amount of winners - we’ll choose the best ones! The best ones, winning and non-winning, will be put on the #Fest website for the world to see.

#Fest - 11th Edition announces phase one of the lineup

Considered one of the most enticing and electrifying DJs, international superstar Steve Aoki solidifies his reputation of being a “raucous” showman by showering his fans with champagne, launching birthday cakes in their faces, crow-surfing in his inflatable raft and playing the most high-energy, catchy and party-inducing house music of our time. – MixMag.com
Read more...

Tickets will officially go on sale February 1 at 11a. Here’s the breakdown of tickets, specials, and more.

Early bird tickets will go on sale for $20 at 11a. This will be your only chance to get #Fest - 11th Edition tickets at this price. There’s a VERY limited amount on sale, so take advantage of it! This special will go on for a full 24 hours OR when the tickets sell out, whichever comes first.

The second stage of early bird tickets will go on sale for $25 at 11a. If you missed your chance at the $20 tickets sold on 2/1, take advantage of this offer as this will be the last time to get discounted #Fest - 11th Edition tickets. Like the special on 2/1, this will run for a full 24 hours OR when the tickets sell out, whichever comes out. There’s the same amount of tickets on sale as were available the day before.

January 23, 2013
Mark your calendars and begin the countdown! #Fest - 11th Edition will officially take place on Saturday, April 13, 2013. After the original date of April 27th was released, many people became worried about this date interfering with final exams for the spring semester. Remaining true to our title of being “The Nation’s Premier College Music Festival,” we took your opinions and concerns to heart. We took the chance to hear what you thought, including a poll on Facebook asking which date you would prefer. In the end, both The Number Fest and YOU agreed that April 13th would be a more appropriate date.   We want to thank you for your continued support, as at the end of the day, The Number Fests are for YOU. Without you, we would not exist. Thank you for your support, feedback, suggestions, and most of all, coming out year after year to party with some of the best artists not only from Ohio, but from around the country. There’s more details about #11Fest coming your way soon (Music, anyone?). Follow @thenumberfest on Twitter, and “LIKE” us on Facebook to keep up with the latest #Fest - 11th Edition news, announcements, and conversation.   We’ll see you April 13th!
No Comments.

Artist Juicy J has been forced to cancel his performance at #Fest 10th edition due to a last minute invitation to perform at the BET Awards, in Atlanta, GA, which directly conflicts with his scheduled set at #Fest.

Remaining true to our title as “The Nation’s Premier College Music Festival,” we are pleased to announce that we have secured New Orleans native, Curren$y as our #Fest co-headliner. 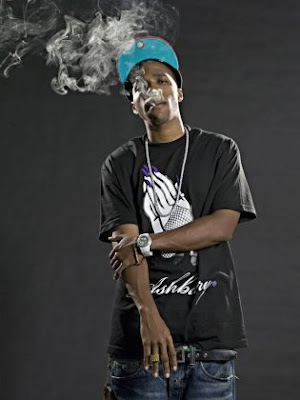 Curren$y came on the scene in 2002 and is known for his unique, laid-back flow and original lyrics. He will be joining us in the middle of a recording session for his upcoming album, “Immaculary.”  Fresh off “The Smokers Club Tour” with some of the Industry’s best, expect to hear plenty of tracks off of his latest studio album, “The Stoned Immaculate,” released through Warner Brothers.

We are looking forward to Curren$y’s performance as well as the performances of 3LAU, Krewella, Coyote Kisses, roeVy and the rest of the #Fest artists.
Read more...