Your official #15Fest playlist is here! Featuring some of the best tracks from the artists on your #15Fest, it’s perfect for getting the party started and/or discovering your new favorite DJ or rapper. 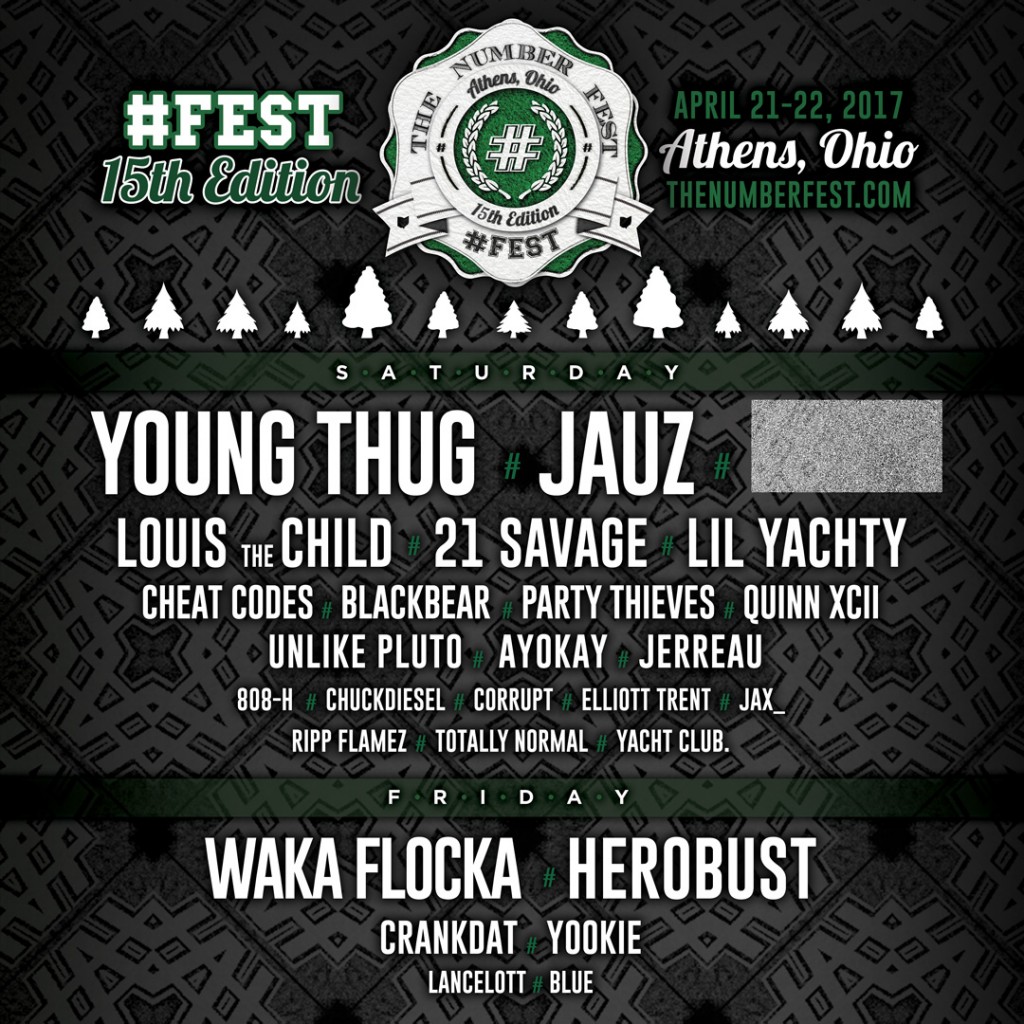 #Fest expands on its long-running success with a massive 15th Edition milestone and equally exciting lineup. Young Thug and Jauz will headline the ​ Athens, Ohio, festival on April 21 and 22, 2017, alongside 21 Savage, Lil Yachty and Louis The Child. In 2016, #Fest was well-attended by 20,000+ people; this year Prime Social Group, producers of the festival, are setting the bar even higher.

“The 15th Edition of #Fest is an incredible accomplishment for the brand,” said Dominic Petrozzi, #Fest Founder and festival partner at Prime Social Group. “To be considered a cornerstone of the college experience for hundreds of thousands of coeds since our inception in 2004… gives our entire team a great sense of pride.​ I’m humbled by our beginnings and how far we have come with #Fest and look forward to making this Midwest experience one of the best in the country. This year’s lineup includes some of the biggest names in popular culture as well as some of the brightest stars in music.”

Young Thug​, one of the most prolific names in Hip-Hop, had his largest year yet in 2016. His single “Best Friend” went certified platinum while both projects “Slime Season 3” and “Jeffrey” made it to the Top Ten on Billboard’s Top 200 Albums chart​.

Jauz is a leader of “genreless” electronic music who has released on major labels including Mad Decent and Monstercat. He’s had major support from the biggest names in the industry from Skrillex to Diplo. In addition, Jauz has 1.12 million streams on Soundcloud alone for his recent collaboration “OK” with San Holo. 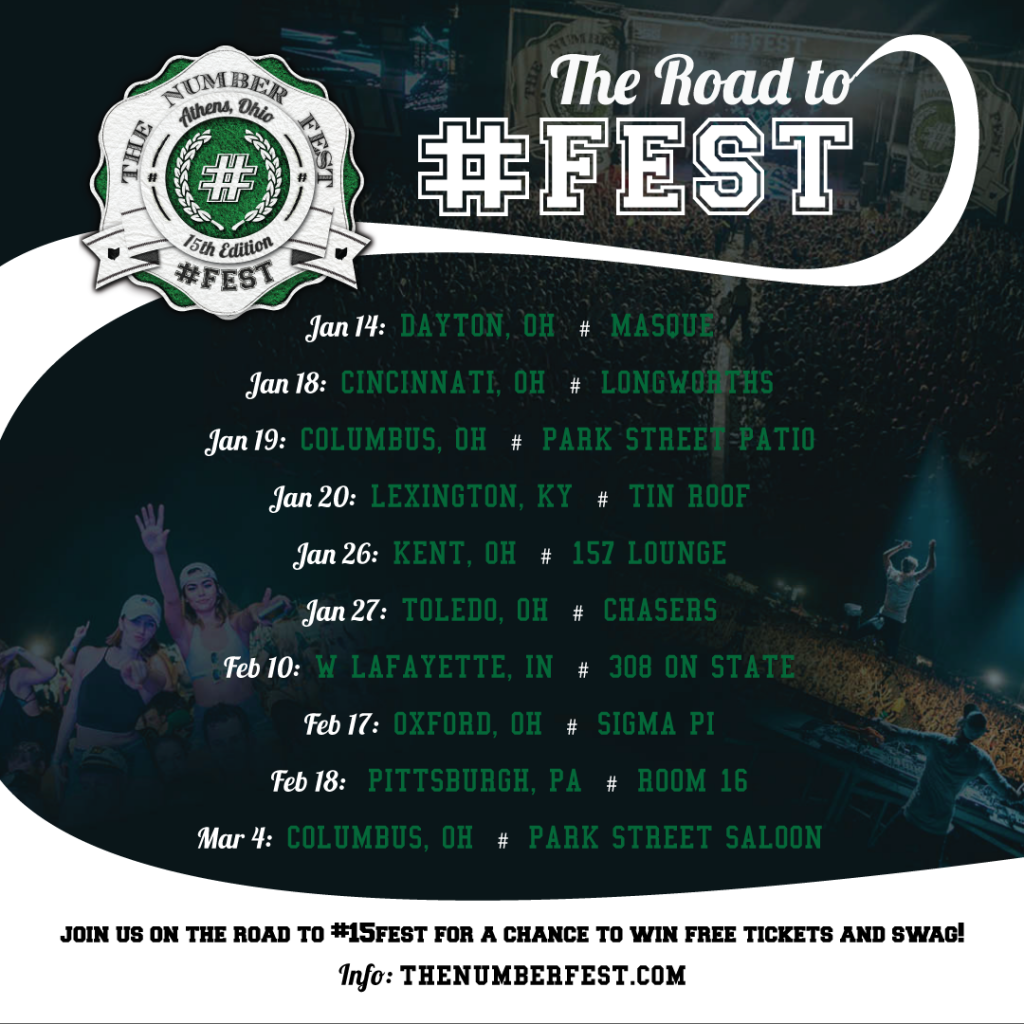 We’re happy to announce that #Fest is hitting the road, coming to colleges all across the midwest! The Road To #Fest is taking over at 10 colleges in Ohio, Pennsylvania, Kentucky, and Indiana this spring, where we bring a little taste of the Nation’s Largest College Music Festival.

At each stop, we’ll be giving you the chance to earn free #Fest gear, tickets, and more. We’ll also be providing the entertainment too, with #Fest-approved artists providing the soundtracks to the night. Join us when we come to your college, and get a small preview of what’s about to go down at #15Fest on April 21-22.

Each stop features a different artist lineup, age restrictions, and tickets/covers. For more info on the stop at your college, please visit the official Facebook event pages below: